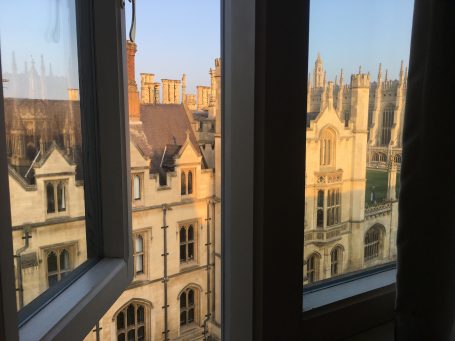 Ms Walters and Mrs Jones attended Cambridge University on the weekend of 30 March, after receiving a personal invitation to attend as a result of a student within Bewdley Sixth Form being offered a place to study there. During their visit Ms Walters and Mrs Jones attended a talk by Dr Michael Sutherfield about how teachers can support students in making applications to Oxbridge. Following the talk they both went on a tour of the city and the campus which brought back happy memories for both as they both had completed studies at Cambridge University in the past.

Finally Mrs Jones attended a seminar by Professor Christopher Andrew, official historian for MI5 who lectured on ‘500 years of Spies’. Meanwhile Ms Walters attended an alumni Chemistry event about the periodic table. They concluded their visit with a formal hall dinner, which was a silver service with Latin grace.

Written by The Bewdley School | Published on 8th April 2019