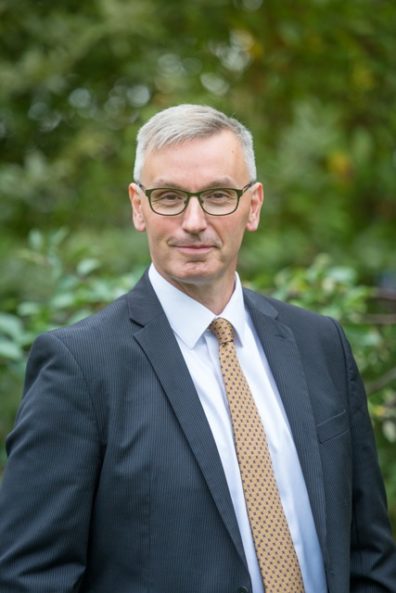 I am writing to you to thank you for your unswerving support in these very challenging times. I know that the return to school will be a time of some anxiety for many students and parents, and wanted to offer some reassurance about procedures as we return. This Easter will be the end of my thirteenth year as a Head Teacher and the last 12 months have certainly been the strangest. The day we return after Easter will mean that Bewdley will be the longest of my 3 Headships, and I really couldn’t imagine working anywhere else.

I want to say a little about our testing centre arrangements, as I know it is an area of concern for some families. There is a lot of ‘mixed reporting’ about Lateral Flow Device (LFD) testing, but our own experience has been that it has been very effective at picking up infectious cases with people who are showing no symptoms. From the 500 or so staff and student tests we conducted in January and February, we had 4 positive results in early January, when infection levels were high. These were all confirmed by medical laboratory PCR tests and those infected able to self-isolate, protecting others. We have not had a positive case since Wednesday 20th January.

We use a team of trained staff who are all from outside the school, a number having medical backgrounds. We have set it up this way, as we were determined that teaching staff would be left to concentrate on teaching. I am from a scientific background and in my early career worked briefly in the pathology laboratories at the Royal Shrewsbury Hospital. I have therefore taken on team leading the testing team, and am singularly impressed at both how efficiently the team manages the testing process, and how incredibly adaptable our students are.

Like myself, many of the students have now taken in excess of 10 LFD tests, and the constant stream of negative tests has helped to reassure everyone that the school is as infection free as we can keep it. We all know that the LFD tests are not 100% infallible, no test is, but they give the security that we are doing our best to screen out asymptomatic cases so that they can self-isolate.

Rather than seeking 100% guarantees, it is perhaps more useful to think of the ‘marginal gains’ used by Clive Woodward in taking the England rugby squad to victory in the 2003 world cup. LFD testing is one of a number of strategies, together with year group bubbles, mask wearing, hand sanitisation, social distancing, one way systems in teaching blocks, a whole host of other behavioural changes together with mass vaccination of the vulnerable community, that help to keep us all safe.

I would ask the very small number of people who have challenged the school on this policy (and others, such as mask wearing) to view it in this light. I am not a doctor, a virologist or an epidemiologist and am not qualified to answer many of the questions that have been put to me. The policies we are implementing are government rather than school policies. I clearly have a duty as a Head Teacher to keep the school as safe as I can, and if opportunities to help us to do this arise, we will grab them with both hands. Again I would like to thank the overwhelming majority of parents who have consented for their children to take part in the mass testing programme.

We tested 101 sixth form students on Friday last, with all negative results. There will be the occasional void results as the LFD tests are being produced in huge numbers, but any child who has a void test is offered a retest. The procedure can be slightly uncomfortable, but we have found that students become adept at doing the test, which takes less than a minute, very quickly. We will train them how to use the test 3 times each over the next 3 weeks, so that they can transition to twice weekly home testing kits. We will be advising our own staff to use these to test on Sunday and Wednesday evenings each week.

Up to the point of home testing, the schedules for school testing can be found here. We are testing Sixth Form on a 3 day rolling basis with the rest of the school tested every 5 school days. We have deliberately taken a cautious approach to the rate at which tests can be processed, so will be aiming for up to 200 tests each day. The last thing we wanted to do was be over ambitious and then not be able to deliver.

On the 5 first testing days this week (Monday –Year 11; Tuesday – Year 10; Wednesday – Year 9; Thursday – Year 8; Friday – Year 7) we have arranged for those who have consented to being tested to follow their normal timetable for reorientation sessions, coming out of lessons to be tested. We have organised it this way as we know how disruptive it can be for parents to deliver children for a half hour slot and then transport them home. However, if there are parents who would prefer to do this, please let the school office know.

We will have our normal control measures in place, remembering that this is a screening programme and a minority of each year group will return to school the following day without being tested, as their parents have yet to consent. It is this, together with the challenge for parents in arranging to deliver a student for just their test, that has led us to the arrangement we have. However, any parent who wants their child to come in just for testing on the test day, we will of course support.

Thank you again for your continued support, and we look forward to brighter times ahead.

Written by The Bewdley School | Published on 7th March 2021